Welcome to Council’s online Annual Report 2019–2020 in which we account for our performance, our achievements and setbacks. We also report on how we have addressed emerging challenges and provided stewardship over how public monies and resources have been utilised in the community’s interests.

Play the video below for our achievements and challenges in 2019–20 including: 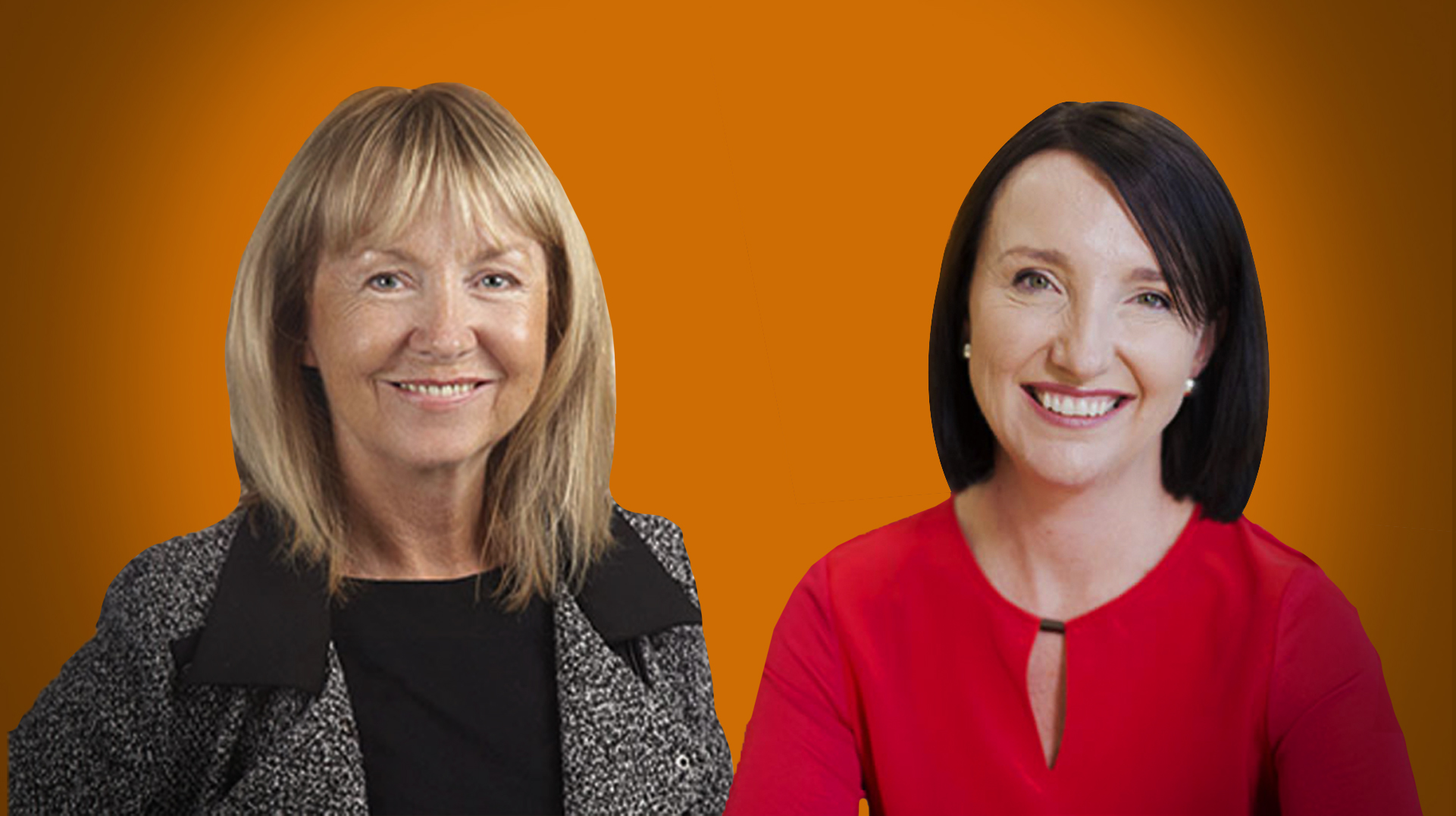 Achievement against our Council and Community Plan

In 2019–20 Council achieved 33 out of the 60 commitments in the 2019–20 Action Plan of the Glen Eira Council and Community Plan 2017–2021 and a further 15 commitments are well underway. Twelve commitments have been deferred due to the restrictions put in place during the COVID-19 pandemic.

COVID-19 and our response

An unexpected start to 2020 due to the global coronavirus (COVID-19) pandemic, meant we had to make some significant changes to our services, internal planning and budgets.
View Council’s response to COVID-19 here

We consulted with the community on 53 projects. This included engagement on our 2019–20 Annual Budget major initiatives: Glen Eira 2040 Community Vision, Local Law review 2019 and a safe cycling corridor pilot project.

Community consultation is a vital part of our planning and decision-making processes. It helps us to understand community priorities and issues and ensures community involvement. We are committed to engaging with our community through best practice consultation methods to achieve the best outcomes.

See Our engagement with our community

Expanding the range of services that we offer online has continued to be a focus in 2019–20. We looked at ways we could make our forms easier to use, beginning with hard rubbish, and plan to continue improving our most used forms and our more complex applications. We installed a live chat function on our website offering immediate support for community members undertaking online transactions. Some of the key benefits realised from this work include: faster results for the community through a reduction in processing times; making it easier for people to transact online at a time that suits them; and creating more opportunity for service support from home. We received more than 35,000 online requests in the last year, an increase of 42 per cent on last year. We will continue to engage and work with our customers to ensure our service delivery is timely, convenient and meets future expectations.

2019–20 has seen us continue our comprehensive strategic planning program to shape the future of Glen Eira’s activity centres. We engaged with the Victorian State Department of Environment, Land, Water and Planning to progress the endorsed structure plans for Bentleigh and Carnegie to Planning Scheme Amendment stage, as well as obtaining permission from the Minister to exhibit proposed Planning Scheme Amendment C184, which will translate the structure plans for Bentleigh and Carnegie into the Glen Eira Planning Scheme. We made substantial progress on the structure plan for East Village in Bentleigh East, with a decision on the planning scheme amendment to be made in 2020–21. Two stages of community engagement on future aspirations for Glen Huntly have been undertaken, leading to the development of a draft Structure Plan for the central Glen Huntly area, which seeks to make the most of opportunities arising from the planned removal of level crossings at Glenhuntly and Neerim Roads. We have continued to work with the Victorian Planning Authority on the Caulfield Station Precinct Structure Plan, with further steps planned for this project in 2020–21. We have commenced scoping for Urban Design Frameworks for three pilot Neighbourhood Activity Centres: Caulfield Park, Caulfield South and Bentleigh East, with drafts of this work expected later in 2020.

On Tuesday 13 August 2019, Council received and heard public submissions on the proposed Local Laws 2019 as per the requirements of sections 119 and 223 of Victoria’s Local Government Act 1989. The new Glen Eira City Council Community Local Law 2019 and the Glen Eira Council Meeting Procedure 2019 were adopted on Wednesday 6 November. Local Laws help us maintain a safe, enjoyable, peaceful and healthy environment for the community and provide for the administration of Council’s powers and functions. At a Special Council Meeting on Wednesday 3 November, Rosstown Ward Councillor Margaret Esakoff was elected Mayor of Glen Eira for the 2019–20 Council year. Camden Ward Councillor Dan Sztrajt, who is serving his first term on Council, was elected Deputy Mayor.

An important part of our role is advocating in the interests of our community. In-line with our Glen Eira Advocacy Strategy 2018−2020, we successfully secured $30.6 million in government funding across the last year. This included a $10 million low interest loan from the Department of Environment, Land, Water and Planning’s Community Infrastructure Loan Scheme for the upgrade of Bentleigh Library and Eat Street Bentleigh (each project received $5 million); $2.6 million for the construction of two new pocket parks — Bentleigh Plaza (which includes an additional $1.3 million towards our Eat Street Project) and Aileen Avenue, Caulfield South; an $80,000 grant from the Victorian State Department of Health and Human Services for the Community Shed project at Moorleigh Village in Bentleigh East; a commitment of $10.5 million towards the construction of two car parks — Bleazby Street, Bentleigh and Stanley Street, Elsternwick; and in response to COVID-19, $7.4 million for new employment opportunities thanks to the State Government’s $500 million Working for Victoria program. For more information see our Advocacy priorities.

The following Councillors were elected for four-year terms on Saturday 22 October 2016. They took their Oath of Office at a Special Council Meeting on Tuesday 8 November 2016.

Cr Nina Taylor resigned from Council on 12 December 2018 after becoming a Member of the Legislative Council, Southern Metropolitan Region in the Victorian Parliament. On 9 January 2019, the Victorian Electoral Commission held a countback to fill the extraordinary vacancy. Anne-Marie Cade was the successful candidate. Cr Cade was sworn in as a Councillor for Glen Eira’s Tucker Ward on 10 January 2019. 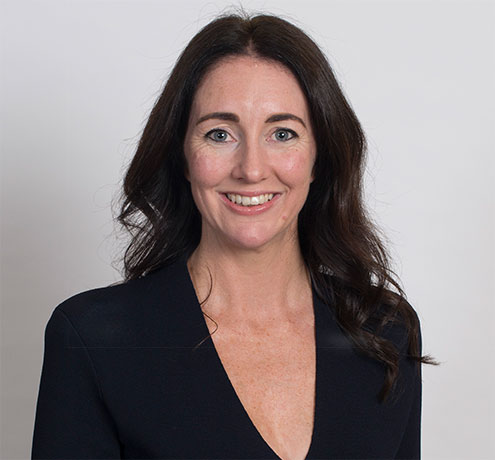 Cr Delahunty was elected to Council in 2012. She is serving her second term as a Councillor and was the Mayor for 2017.

Cr Delahunty lives with her young family in Elsternwick. Cr Delahunty is the Head of Impact of an industry super fund, an authority member of the Emergency Services Telecommunication Authority, Chair of the Ministerial Council on Women’s Equality and a member of the Advisory Board for The McKell Institute. She is also a 2015 Churchill Fellow, awarded for the study of equity outcomes in international pension systems. 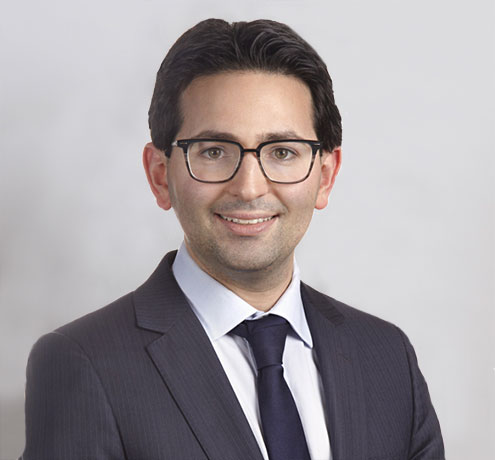 Cr Silver was elected Deputy Mayor for the 2018–19 Council year.

Cr Silver was called to the Victorian Bar in May 2014 and practices mostly in commercial law (focusing on building, construction and property disputes). He has used these skills in several community organisations, including Peninsula Community Legal Centre in Bentleigh, where he worked as a volunteer lawyer, and the Law Institute of Victoria, where he served as Young Lawyers President. 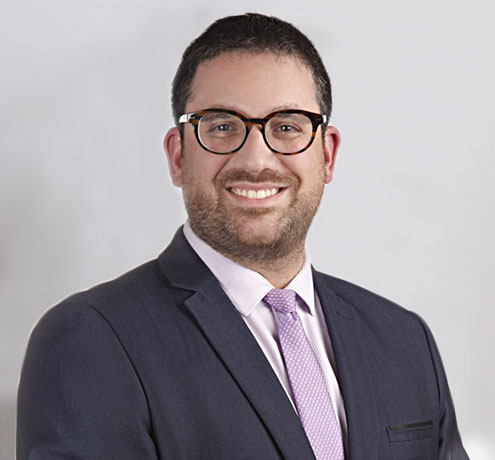 Cr Sztrajt was elected Deputy Mayor for the 2019–20 Council year.

Cr Sztrajt and his young family live in Caulfield, where he has been a resident for more than 30 years.

Since he was 16, Cr Sztrajt has volunteered in a range of roles in Glen Eira. These include five years with a local youth movement, seven years with the Jewish Community Council of Victoria and continuous involvement with many charities and educational initiatives. 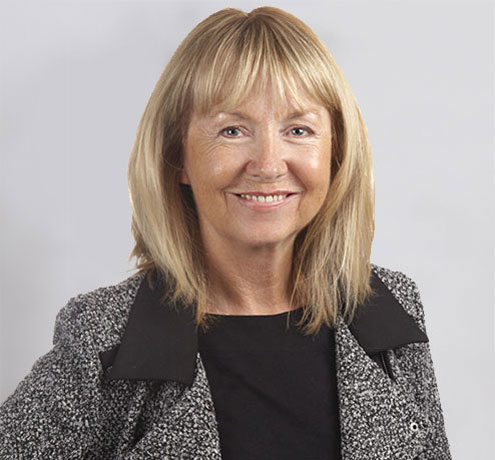 Cr Esakoff was elected Mayor for the 2019–20 Council year.

Cr Esakoff is a long-time Glen Eira resident. She went to school in Rosstown Ward and has lived there almost all of her adult life. She is married with two children and three grandchildren.

Cr Esakoff has experience in business administration — having run a small business with her husband — and has worked in publishing, advertising and radio/television. 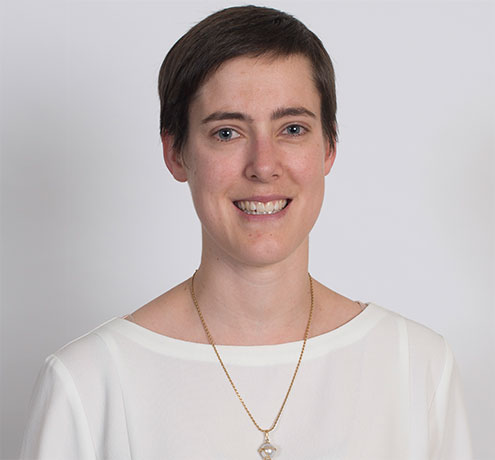 A desire to play a larger role in her community was one of the reasons Glen Huntly resident Clare Davey decided to run for Council in 2016.

She grew up just across the border in Bayside and has lived in Glen Eira for the last eight years. 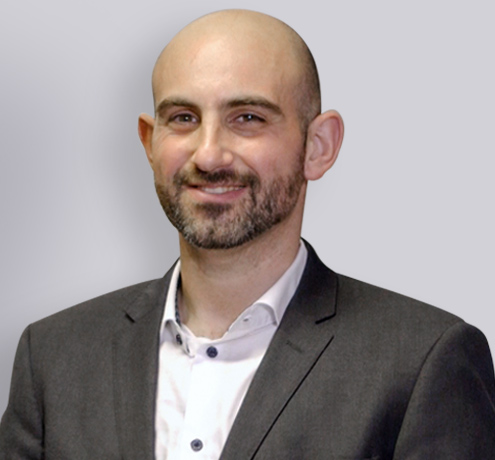 Cr Athanasopoulos joined us in 2016 and was Mayor in 2018. He was born of two migrant parents from Greece and Italy. They worked hard to give their three boys the life they envied and taught the importance of service.

Cr Athanasopoulos lives and works in Carnegie, running a family business with his wife Katherine. They both share a position on the Chrisalis Foundation board, a not-for-profit foundation supporting young people with disabilities. 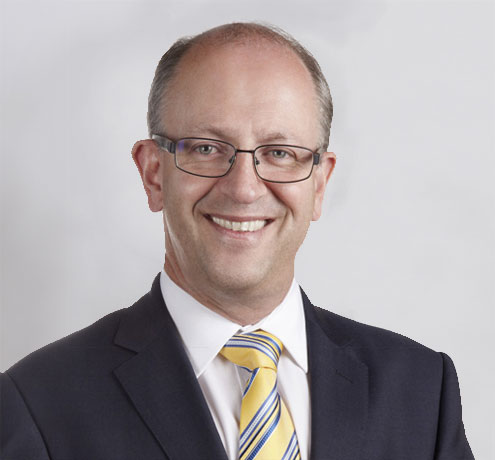 Cr Hyams previously worked as a solicitor and as the executive director of a community sporting body. He is now a senior policy analyst at a not-for-profit public affairs organisation. 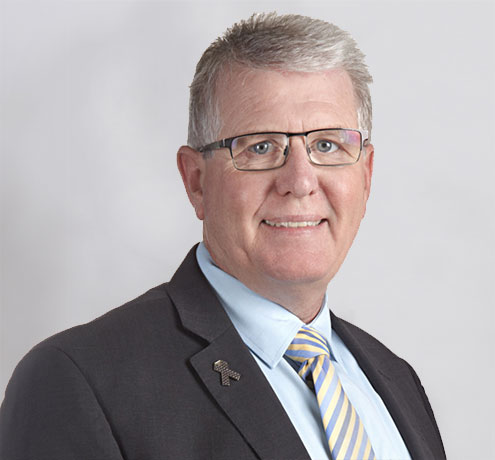 He has lived in Tucker Ward for more than 30 years. He is married to Claire and has two sons Daniel and Joe. 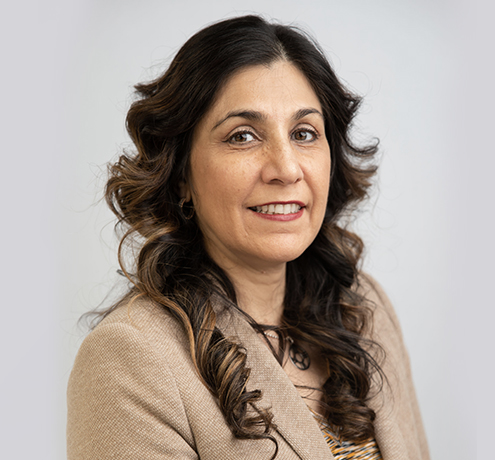 Cr Cade is a lawyer who has lived in Glen Eira for more than 14 years. She has three children between the ages of 17 and 26.

Cr Cade ran her own law firm for more than 12 years and now works as a family law mediator and mentor. She is a Nationally Accredited Mediator and a Family Dispute Resolution Practitioner.

The CEo leads an Executive team which includes four directors. The team plan, co-ordinates and monitors the progress of Council’s goals and strategic direction and manages day-to-day business activities.

The directors are accountable to the ceo for effective and efficient management of their portfolios and the collective delivery of council’s internal transformation program and the glen eira council and community plan. 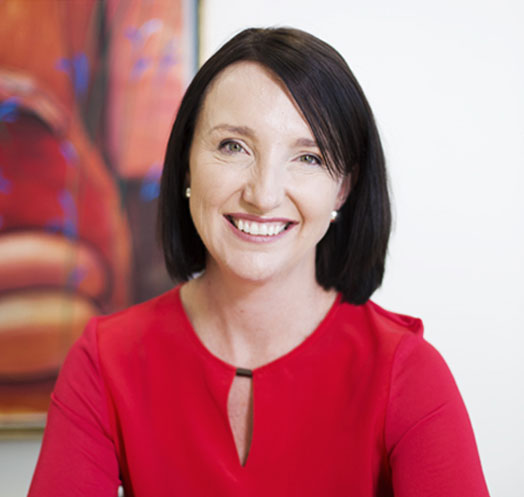 Rebecca is an accomplished leader with a successful executive career across three countries and three sectors. Before joining us, her roles included CEO at Mitchell Shire Council and Director of Corporate Services at Yarra Ranges Council.

During an eight-year stint overseas, Rebecca held director-level roles in human resource management at Swindon Borough Council in the United Kingdom and the National University of Ireland in Dublin. In her early career, she worked in various roles with the Queensland State Government. 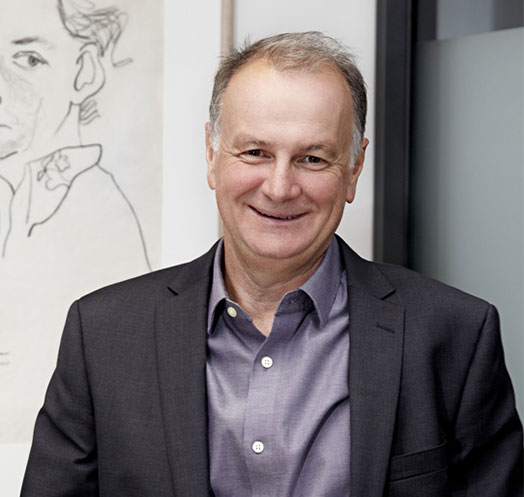 Peter joined us in July 2001 as Human Resources Manager. His career has spanned human resources, education and community services. His extensive community services experience has covered both the not-for-profit and public sector. He has also held human services management roles in children’s services, youth services and community development.

Peter has a Bachelor of Social Work (Hons), Master of Business Administration (Monash University) and is a graduate of the Australian Institute of Company Directors. 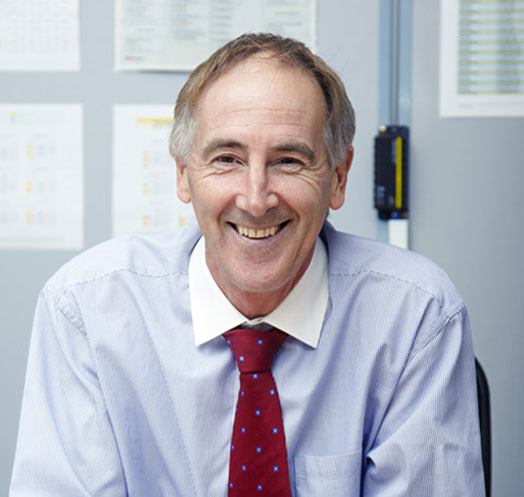 Peter has more than 30 years’ experience in senior executive leadership roles, including general management, financial and company secretarial responsibilities in Local Government, banking and finance, and legal services industries. He has vast experience in financial and general management, including treasury, payroll and internal and external financial reporting requirements. Peter was our Chief Financial Officer from 2004 to 2016.

Peter has a Bachelor of Business (Accounting) (Monash University), CPA. 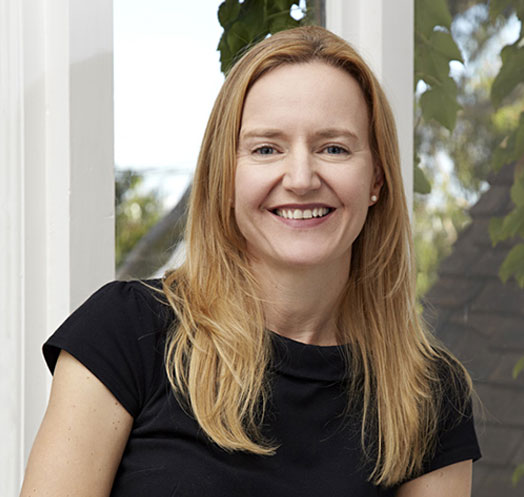 Samantha started working in Local Government in 2007 and has experience in metropolitan and growth councils. She has led Local Government teams to sustainably plan and deliver a range of community infrastructure projects and programs.

Samantha has a Bachelor of Science (Engineering) (Hons) and a Graduate Diploma in Engineering. 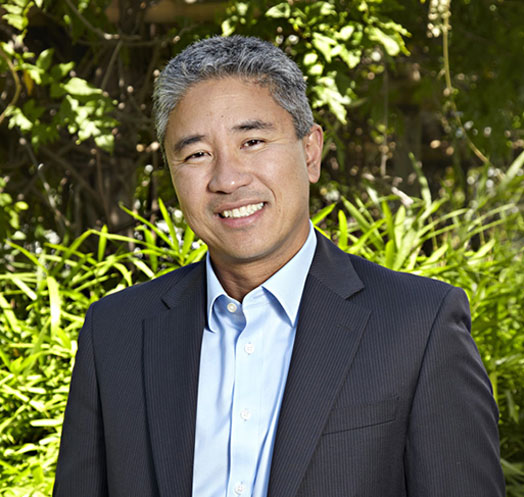 Ron joined us in 1996. He has more than 20 years’ experience in urban planning for inner-city and middle-ring municipalities. His career includes a range of management roles.

Ron has experience in statutory and strategic urban planning, Victorian Civil and Administrative Tribunal (VCAT) and planning panels. He has also successfully delivered programs in strategic transport, sustainable development, animal management, activity centres and structure plans. Each of these aimed to safeguard and develop community services and wellbeing.

Ron has a Bachelor of Planning and Design (The University of Melbourne). 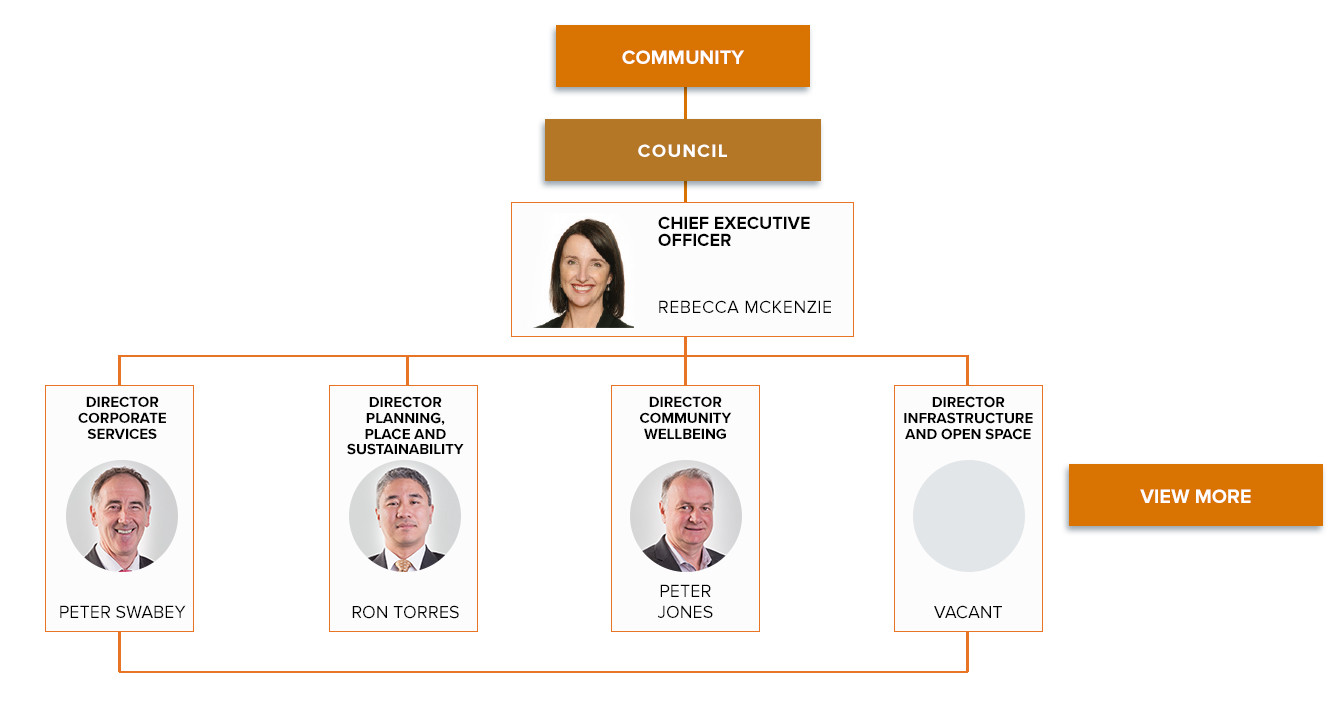 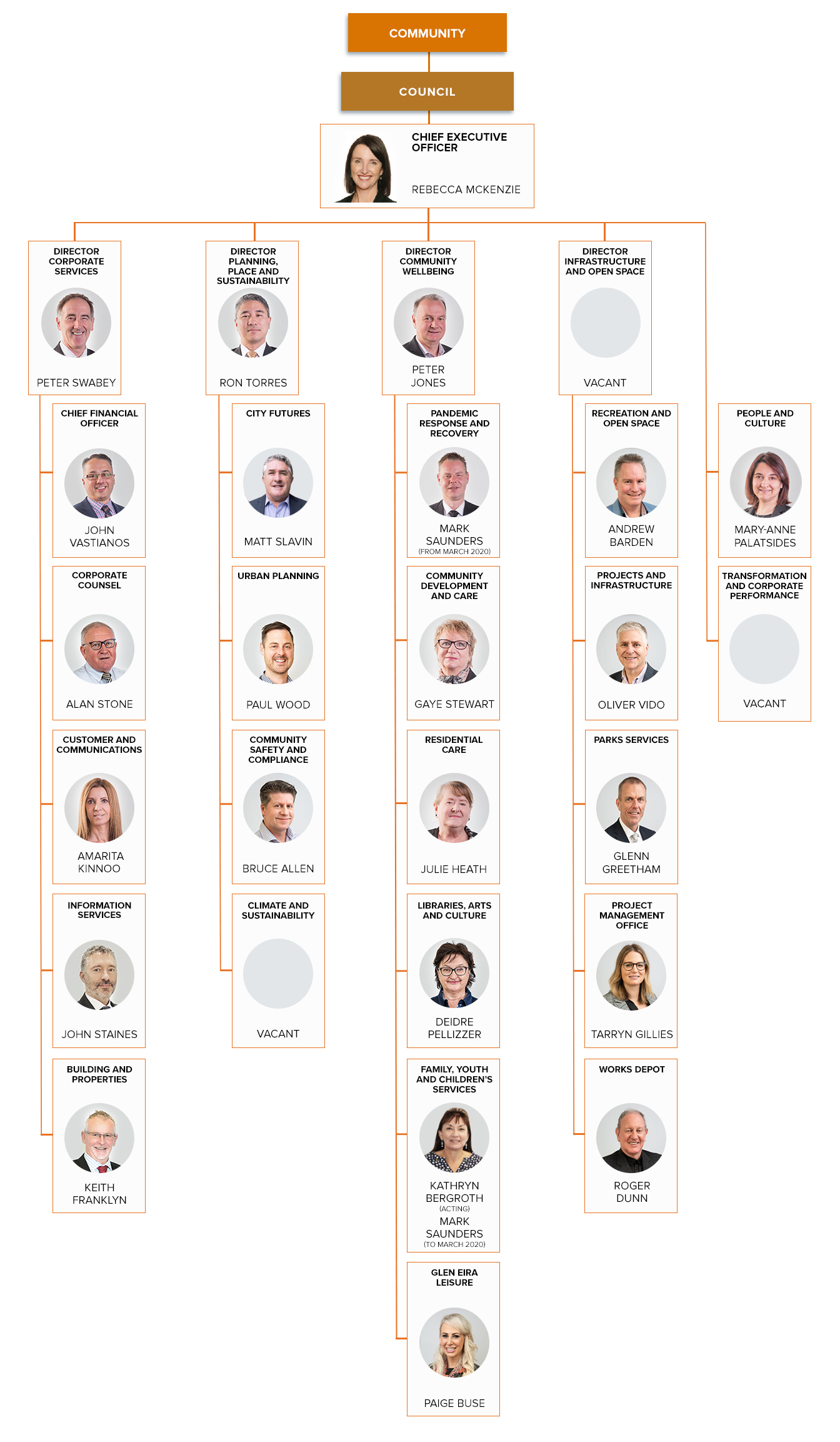